In 2017, the federal government executed $47 billion of new contracts.1

Negotiating a 1% reduction would have saved $470 million, almost half a billion dollars.

It doesn’t sound like much. But that 1% could pay for ten new specialist cancer units in regional Australia, or fifty thousand university scholarships for students from low income households, or $250 for every aged pensioner. It’s a small change with a serious impact.

Often, people don’t know how. Contract negotiation, particularly in the public sector, frequently falls to an officer or staff member who does it once or twice a year, if that. Contract ‘management’ focuses narrowly on contract administration, feeding the machine with standard activity data instead of critically assessing the way the engagement has developed over time and ensuring the contract keeps pace.

And sometimes, people just get complacent. I once worked with a senior public sector manager to prepare the scope and approach to market for a major outsourced services contract that was due to be renewed in the next few years. Contracts of this size take a long time to get to market, so the client had sensibly started early, and even more sensibly sought professional help at an early stage.

I suggested to this manager that the contract he managed was ripe for renegotiation right now, for the two or three years it had left to run. I was confident that it could be significantly improved – so confident I was willing to stake my fee on it and do the renegotiation for a percentage of what I saved the organisation. He said, “It’s not worth it for $4m.”

Not worth it. For $4m of taxpayers’ dollars. How much, I wondered, would it need to be for this public servant to consider the effort – mine, not his – “worth it”?

How can the public sector do better?

Here are three key things to understand when negotiating on behalf of the public sector.

1. The public-private boundary is a cross-cultural negotiation

The value conversation between business to business is simple. The nuances may be different, but the big picture is the same – impact on the bottom line.

“It’s not win-win, it’s about unlocking value. Things that matter to me will matter less to you, and vice versa.”

Value in the public sector is a different beast. It’s a social good, a capability, a political imperative. There are few hard measures, and there are always budget constraints. There’s a different language and a different currency. The public sector has influences, objectives and controls that don’t exist in the private sector. It’s a cross-cultural negotiation in an environment of public scrutiny with policy, regulatory and behavioural constraints.

Yet often industry fails to recognise this. And the public sector often fails to recognise or understand the commercial imperatives of their suppliers. This mismatch of values leads to a consequent mismatch of expectations and behaviours, which leads to damaged relationships and stress on the contracted services. Things can fall into disarray, and from there rapidly into dispute.

2. Understand the other party’s interests as well as your own

We are often told that in negotiations, we should seek an outcome that is ‘win-win’. I have never had a client say to me, ‘Now John, I want you to be sure that the other side gets to win too.’ I prefer to talk about ‘enlightened self-interest’. In simple terms, that’s where I help you get what you want, so that you’ll help me get what I want.

It’s not win-win, it’s about unlocking value. Things that matter to me will matter less to you, and vice versa. We can find ways to share that value. And by the way, nothing says I have to share it 50/50. As long as you are satisfied with the deal, enough that we can have a good relationship going forward into the contract, we’re all happy.

I’ve led a negotiation where the preferred vendor was almost eliminated because their tendered price was almost a million dollars more than the nearest competitor. I convinced the client to undertake parallel negotiations with both vendors.

This meant we could ask questions and look under the surface. Sure enough, part of the request for tender was ambiguous. Each vendor had answered the requirement as best they could, but each had interpreted it differently. When we clarified the requirement and could compare apples with apples, the price difference went away.

3. Don’t expect your people to be able to negotiate effectively without training and practice

Negotiation is like tennis. Most of us play occasionally, usually a hit-and-giggle match. Some of us have a natural talent. A very few can be a Wimbledon champion. Even the best of us improve faster with coaching and practice.

“Negotiation is like tennis. Most of us play occasionally, usually a hit-and-giggle match. Some of us have a natural talent.”

A 1% improvement on a contract of reasonable size and complexity is the minimum you should be aiming for. The better your negotiation skills, the better the outcome you can aim for and expect. I’ve negotiated a 30% reduction on a five-year contract of $100m per annum.

John Glenn is founder and managing director of Kiah Consulting. 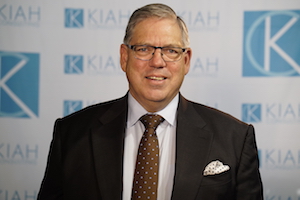 John Glenn is founder and Managing Director of Kiah Consulting, a multi-million-dollar company that specialises in consulting to, coaching and training government and industry to deliver improved public service outcomes.