Fast-moving times require fast-moving regulatory responses — consumers expect it. While major legislative reform can be hard for governments, we can’t let that be an excuse for inaction.

This is an edited speech by ACMA chair Nerida O’Loughlin, at the Telecommunications and Media Forum, hosted by the International Institute of Communications, on July 3, 2018.

It is also clear that expectations on the sector are only likely to increase. This forum is a timely opportunity to reflect on how we can deal with the challenges we collectively face in regulating the fast-moving communications environment.

In my comments, I will cover:

At the ACMA, we have been looking at the prospective Australian communications landscape in the development of a new corporate plan that covers the years 2018–22. Some of the most significant dynamics we see over the period include:

So, what are the high-level principles that we should be applying in regulating this rapidly changing sector to deliver public interest outcomes?

The government review of the ACMA emphasised the need for a fit-for-purpose sectoral regulator. It reinforced the ACMA’s remit to ensure all layers of the communications market were covered, including infrastructure, transport, devices, content and applications.

An early example of the ACMA operating within that remit is our expanded role in overseeing the online gambling laws set down in the Interactive Gambling Act 2001. This includes new powers to enforce prohibitions on gambling companies providing, or advertising, illegal interactive gambling services and enforcing civil penalties for breaches of the Act.

We will be releasing information about the success of our innovative approach over the last six months over the coming weeks.

The review also looked at three sets of principles to be applied when regulating the Australian communications sector:

Principles to guide the work of the regulator included that its actions be timely, transparent, accountable, proportionate, consistent and targeted. Critically, the regulator should have regard to the importance of promoting competition, innovation and efficient investment.

These regulator principles may sound familiar as they are similar to the enabling legislation of the UK regulator, Ofcom.

The review also identified principles that should apply to regulatory design. These included high-level intervention principles about when and how governments should intervene in the market. It then proposed principles to guide how regulation is devised, such as ensuring that it establishes rules that are clear, simple and practical for all users, and that have a sound legal and empirical base.

As well, the review identified a range of public policy principles that will continue to be important in a future communications market. These are not necessarily new and, with some differences based on values, culture and norms, could be expected to be common to many western democracies. But they are important and include access to services, competition, efficient use of resources, national interest, media diversity, cultural identity and community standards.

“At some stage we have to act, working with the tools that we have at hand while still vigorously pursuing reform where it is needed. Even if our regulatory tools can only be 80 per cent effective, that is 80 per cent better than nothing.”

And in the context of the next few years and my comments earlier, the review added an important new concept in relation to the importance of general purpose networks to Australian society and its economy — that is, network reliability and interconnection.

A principles-based approach to regulation is already being pursued in the reform of the Radiocommunications Act in Australia.

The bill being developed with the department uses principles-based legislation as a way to allow spectrum regulation to adapt more effectively over time to technology changes and changes in the marketplace. It will provide the ACMA with broad discretion on the detailed work of designing and implementing many aspects of the new arrangements.

The reforms signal an important shift away from prescriptive primary legislation, while putting the ACMA at the forefront of implementing future reforms in spectrum management.

And there will be a greater ability for third parties to manage spectrum, to settle interference concerns and to choose how to use licensed spectrum with less regulator involvement.

Our prime goal is to give spectrum users greater freedom, confidence and incentive to maximise the value derived from Australian’s spectrum.

We have a long way to go but I am encouraged by the comments from the GMSA Mobile Summit earlier this year in Barcelona, where the body’s Asia–Pacific head Alasdair Grant singled out the ACMA as a world leader ‘largely without peer’ for spectrum planning and allocation.

While I expect we all agree in this room that principles-based regulation is a goal we all wish to pursue, I would just like to make some observations.

In some areas, principles-based legislation is often just not enough. For instance, in the highly complex, technically challenging and contested spectrum space, we will not be relying solely on high-level principles included in legislation. There will be an extensive (albeit smaller) range of detailed regulatory and administrative instruments for the ACMA to develop, and with which industry will need to comply. There will therefore always be a balance between flexibility and certainty for industry and consumers.

Secondly, I think it is fair to say that major legislative reform is often very hard for governments. This has been the situation for some years in Australia, where the make-up of the parliament has presented challenges for successive governments in prosecuting significant policy and legislative change.

So, we must not use the absence of a perfect, principles-based regulatory framework with carefully designed bespoke tools as an excuse for inaction.

We need to use the regulatory and other tools that we have, maybe in new and innovative ways, to address issues in the communications sector as quickly as we can when they present to us.

At the ACMA, we have done that most recently in responding to consumer concerns in relation to migration to the new National Broadband Network.

The sheer scale and speed of the rollout of the NBN network, and the uniqueness of the Australian market, present real practical challenges and disruptions to both industry and consumers. There is also a more complex supply chain that requires extensive cooperation between retail service providers, resellers and NBN Co to smooth the migration pathway.

We started by conducting consumer research and using our information-gathering powers to gain an evidence base of consumer experiences. This enabled us to look at processes from both the consumer and industry points of view. And while the majority of people migrating have a good experience, our research indicated areas that are particular issues for consumers that needed addressing as we enter the NBN’s peak rollout period.

We have since used a variety of our existing regulatory tools to put in place new rules to deliver better consumer outcomes:

Using the tools we have in new ways was a key observation from a recent Institute of Public Administration Australia/Australian Public Service Commission (IPAA/APSC) forum. At the forum, a range of regulators facing similarly rapid changing environments discussed our different approaches.

The conclusion we all came to was that fast-moving times require fast-moving regulatory responses.

This means that we also need to be wary of ‘polishing the problem’, rather than taking action quickly to fix the problem.

A lot of time is often spent trying to perfectly understand the problem rather than getting anything done about it. At some stage we have to act, working with the tools that we have at hand while still vigorously pursuing reform where it is needed. Even if our regulatory tools can only be 80 per cent effective, that is 80 per cent better than nothing. And consumers do not want to wait until the perfect regulatory solution is available. They expect us to act quickly on their behalf.

And this is where the role of policy and regulatory principles are critical. If those principles are clear and uncontested, then they can be a constant guide to regulatory practice. Indeed, it may be that only principles can keep up with the pace of change in a sector such as this one. And our practice needs to be constantly directed towards them. 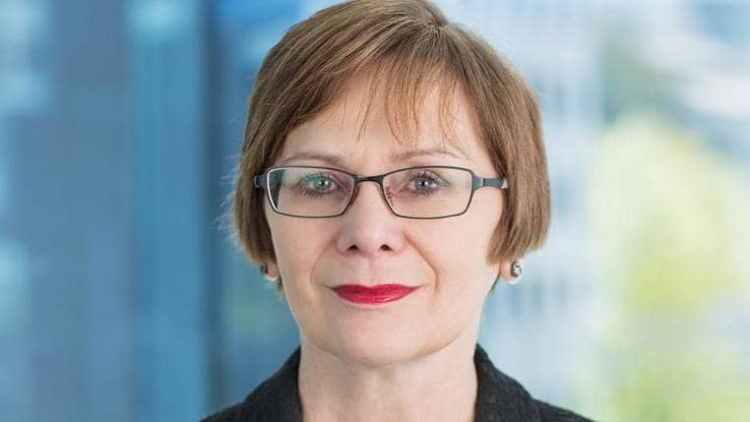 Nerida O'Loughlin is the Chair of the Australian Communications and Media Authority (ACMA). She has been a Deputy Secretary in the Department of Communications since 2011. Nerida led the Digital Television Switchover Program until 2013 and has since been responsible for a diverse range of policy, program and project areas.