Immunotherapy cancer treatments have emerged as important new weapons in the fight against cancer. These treatments use the body’s immune system to attack the cancer. The promise of greater survival prospects with fewer side effects than chemotherapy, has excited patients, their families, and oncology specialists around the world.

It’s estimated that around 138,000 new cases of cancer will be diagnosed this year, with 48,000 estimated to die of the disease. This is why cancer remains a key national health priority for Australia with the Strategic Cancer Plan for 2014-2019 recommending that ‘all Australians receive appropriate treatment and care, and unwarranted variations in cancer outcomes are reduced’.

For many Australians affected by cancer, gaining access to new treatments can make a huge difference to their prognosis. Currently in Australia, immunotherapy cancer treatments are not widely available and represent untapped potential.

Often only those with significant financial means can afford them. The current process for reimbursing these treatments is long, and makes approval difficult. However, our European counterparts have changed the way that these treatments are reimbursed, which has resulted in a much higher number of immunotherapy treatments being both approved for use and reimbursed.

Immunotherapy cancer treatments and the PBS

The most common type of new immunotherapy cancer treatments are called checkpoint inhibitors. They differ to other cancer drugs in that they work at a molecular level, rather than targeting a particular part of the body or cancer site. They work to improve the immune system’s ability to fight cancerous cells. They are known as pan-tumour drugs, because they can have multiple indications and don’t fall into traditional anatomic categories.

In order for these new therapies to be available to the widest population, they need to be reimbursed through the Pharmaceutical Benefits Scheme (PBS). The underpinning principle of the Pharmaceutical Benefits Advisory Committee (PBAC), which recommends new medicines for listing on the PBS, is that all Australians are equally entitled to community support for the costs of new medicines.

Immunotherapies for cancer treatment in Australia are assessed by the PBAC based on where in the body the cancer originated. Because immunotherapies can have multiple indications, this means that every indication requires a separate submission to the PBAC as if it were a new medicine. This can slow down the approval process and create budget uncertainty for the government.

Join The Mandarin at a lunchtime seminar on immunotherapy in Canberra on Thursday 8 November.

We will consider what the system design implications of immuno-oncology treatments are for policy makers, and how regulators and payers around the world are adapting to this challenge across a variety of health care domains.

Currently in Australia, checkpoint inhibitor immunotherapies are approved by the Therapeutic Goods Administration (TGA) for seven cancer types. However, only three are listed on the PBS for patients with advanced melanoma, lung and kidney cancer, and classical Hodgkin Lymphoma. Even then, most of these treatments are not available as first-line treatments, meaning that cancer patients must undergo standard treatments before being eligible for PBS-funded immunotherapy. This can mean that by the time patients are able to access these, it may be too late.

Clinical trials are currently underway for immunotherapies across more than 34 different cancer types, with the number of indications per medicine expected to increase¹. Before the PBAC can begin to consider a medicine for listing, it must be approved by the TGA. In cases where the cost of the drug to the government may exceed $20 million per annum if listed on the PBS — which is possible for drugs designed to treat very specific and/or rare forms of cancer – it must also undergo Cabinet review and approval.

The combination of these review times has a cumulative effect, which makes speedy access to the newest forms of cancer treatment problematic. Currently, it takes an estimated 597 days for new cancer treatments to be approved by the PBAC after registration, which is on average, 200 days longer than in other disease areas.

The situation in Europe

European countries on the other hand, have become much quicker at reimbursing immunotherapies, due to a new range of pan-tumour agreements that have been put in place. In Europe these are referred to as Multi-Year-Multi-Indication (MYMI) agreements.

These agreements extend across multiple indications and years, where there are light-touch or no assessments for new indications. They are developed in partnership between policymakers and companies, with the price and impact on the budget of any new indications being discussed at the beginning of the agreement.

Immunotherapies in Belgium are being fast-tracked through the country’s accelerated reimbursement procedure. Belgium offers immunotherapy for patients with lung cancer, melanoma, Hodgkin’s lymphoma and renal cancer. Over the last 12 months Belgium has also approved reimbursed immunotherapy for bladder cancer, and head and neck cancers.³4

Belgium has followed a non-traditional path to ensure reimbursement of immunotherapies. Along with Denmark and the Netherlands, they have implemented multi-year multi-indication (MYMI) agreements – a new form of agreement between payers and manufacturers.

While these agreements generally involve a long initial negotiation between the government and the manufacturers, require legislative changes, and need to align different stakeholders, there are some clear benefits – the most important being the accelerated access to medications (across multiple indications) for patients who will benefit from these therapies.

Other benefits of these MYMI agreements include:

With cancer being one of the leading causes of morbidity and mortality in Australia, it’s imperative that we devise solutions that allow immunotherapies to reach Australians with cancer as quickly as possible, whilst maintaining budget predictability.

Currently, Australia’s cancer survival outcomes are among the best in the world, however we still lag behind with regard to access to innovative new treatments for our cancer patients.

Immunotherapy has been confirmed as a new cancer treatment and a future standard of care, which can be used as a monotherapy or alongside chemotherapy, surgery and radiotherapy. However, without reimbursement by the PBS, patients who don’t have the financial means to fund their own treatments are being denied drugs that could extend the length and quality of their life.

Experts predict that within the next ten years, there will be a revolution in the way that cancer is classified and treated. This will open up enormous opportunities for patients, their families and treating oncology specialists. Instead of focusing on where in the body the tumours occur, and treating it in line with current recommendations, cancer will be treated at a molecular level. However, Australia’s regulatory and reimbursement processes need to be adaptable to these exciting new innovations in medicine to ensure they that remain fit for purpose.

It’s evident that Australia must seriously consider new models for funding immunotherapies into the future, and face the challenge of balancing equity against the sustainability of funding. 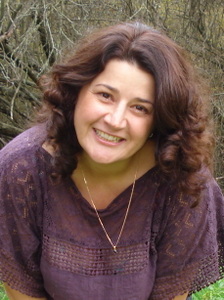