Communicating to Get the Right Outcomes

A day to discover, learn about and master the art of meaningful communication strategies.

Great communication won’t make a poor policy good, but poor communication can guarantee that policy doesn’t deliver. Add to that, the third decade of the 21st century is bringing a perfect storm of issues that will make it harder than ever to get people’s attention and affect the behaviour change needed to get the desired outcomes.

The Mandarin in partnership with the WPP Government and Public Sector Practice presents a conference that includes the latest research findings about what Australians are thinking but not necessarily disclosing. Come and learn as some of the leading thinkers in public sector communication talk about the trends, insights and tools that will help your message cut through, both inside government and outside with the public.

The program features one of Australia’s most respected social forecasters Rose Herceg Chief Strategy Officer at WPP, and leading UK consultant and director of government and public communications strategies Sean Larkins, along with a suite of sector leaders participating in the plenaries and workshops. 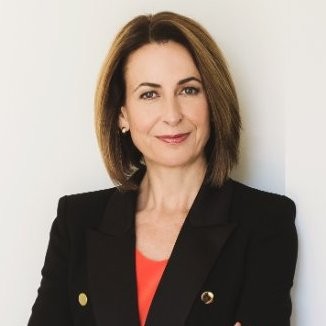 Your MC, Virginia Haussegger AM
Virginia is founding Director of the 50/50 by 2030 Foundation, at the University of Canberra’s Institute for Governance and Policy Analysis (IGPA), and Chief Editor of BroadAgenda, Australia’s leading research based Gender Equality media platform. She is also the 2019 ACT Australian of the Year.

A leading communications strategist and gender equality advocate, Virginia has worked across Commonwealth departments on the design and delivery of bespoke Masterclasses on strategic communication; media knowledge & insights; presentation skills; and women’s leadership.

Virginia is an award-winning television journalist, whose extensive media career spans more than 25 years. She has reported from around the globe for leading current affair programs and for 15 years (2001-2016) anchored the ABC’s flagship TV News in Canberra. She is widely published, both as a former columnist with the Canberra Times, and a regular contributor to the Sydney Morning Herald and The Age. Her book Wonder Women: the myth of ‘having it all’ (A&U) was launched by Julia Gillard in a live broadcast at the National Press Club.

In 2014 Virginia was made a Member of the Order of Australia (AM) for service to the community, as an advocate for women’s rights and gender equity, and to the media. In 2011 she received an Honorary appointment as Adjunct Professor at the Institute for Governance and Policy Analysis, UC. In 2019 Virginia was named a Fellow of the Australia and New Zealand School of Government (ANZSOG).

Rose Herceg has built a career as one of Australia’s most respected futurists and social forecasters.

In March 2015, Rose was appointed as the Chief Strategy Officer for the STW Group, now called WPP AUNZ after its merger with global communications powerhouse WPP.

Rose has had audiences with some of the most distinguished leaders of the global community including Lord David Putnam – filmmaker and head of Tony Blair’s NESTA – The National Endowment for Science, Technology and the Arts, American publishing and media giant Oprah Winfrey, Bob Mansfield former Chairman of Telstra, Michael Lynch former Chief Executive of the Sydney Opera House, Google founder Larry Page and one of the world’s most distinguished architects, Frank Gehry.

Rose has written three books – her latest ‘The Power Book’ has been translated into several languages and is selling in Europe, Asia & the Middle East and is soon to be launched in the US market.

Sean is Global Director of Capability for the WPP Government & Public Sector Practice. He works with governments and public bodies around the world to improve how they engage with and communicate with their citizens; heads the Practice’s executive education programmes at Oxford University and the National University of Singapore; and leads the Practice’s thought leadership programme.

Before joining WPP Sean was Deputy Director of UK Government Communications, with responsibility for the capability and professional development of over 4,000 government communicators.  Outside of the public sector, Sean has also worked for organisations including Save The Children and The Body Shop International. An obsessive about the power of education, he is a trustee of the UK’s Further Education Trust for Leadership.

Joan is recognised as one of Australia’s leading social researchers.  She is passionate about the potential for insight to create a better world and has dedicated her career to working with organisations to deliver better social outcomes.

Joan recently joined The Behaviour Change Collaborative to lead its research and evaluation function.  In this role Joan provides insight to inform the development, refinement, monitoring and evaluation of behaviour change programs, providing an evidence base for government, not for profits and social enterprises in Australia and overseas. Prior to this Joan was the CEO of Colmar Brunton Australia where she founded one of the first government and social research businesses in New Zealand and Australia.

Richard is currently CEO for opr, working across all the opr businesses to deliver stand out, effective campaigns for clients such as eBay, Netflix, Ford, Microsoft, Atlassian, KFC and IKEA. The agency was named Sabre’s 2019 Australasian Agency of the Year, and Richard was named CommsCon’s Leader of the Year 2019.

Richard also leads opr’s annual thought leadership platform ‘Futures’, which outlines forthcoming insights that will impact Australian business, government, brands and organisations. In the last two years Futures has been presented to over 70 different organisations and almost 4000 people across Australia and New Zealand.

Before becoming CEO, Richard spent four years as managing director of the brand marketing team of opr – Pulse Communications. During Richard’s tenure the Pulse team won or was shortlisted for over 30 awards including being named CommsCon Highly Commended Agency of the Year 2016.

Previously Richard was managing director of Shine Communications in London between 2009 and 2013, and global VP of marketing communications for Samsonite between 2006 and 2009.

Richard has been shortlisted or received over 120 awards for his work. He has an MBA in Management from Imperial College London.

Get your tickets here

You’ll also receive special offers from our partners. You can opt out any time.